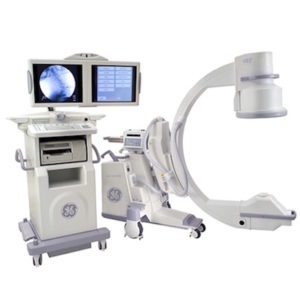 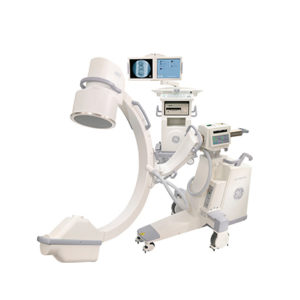 The GE OEC 9900 first launched in 2006, and continuously introduced upgrade models such as the GE OEC 9900 Elite and OEC Elite with slight facelift and user interface upgrades. Although in 2017, GE cleared 510(k) for her new CMOS Flat Detector incorporated the GE OEC Elite CFD as a premium grade C-ARM system, the GE OEC 9900 with a 1k x 1k CCD camera and a traditional image intensifier type is still importantly positioned as a key C-ARM product in the GE C-ARM line-up.
The GE OEC 9900 is popular due to its extended clinical support – GSP (General Surgical Package), ESP (Extended Surgical Package, Vascular Package with 4/8/15/30 Frames per Second (FPS), Neurovascular Package, and Cardiac Package. Most packages are not standard, but optional. Cost of package varies. The GE OEC C-ARM series has similar clinical packages, so the learning curve is shorter if a user gets used to one of the GE OEC C-ARM series. 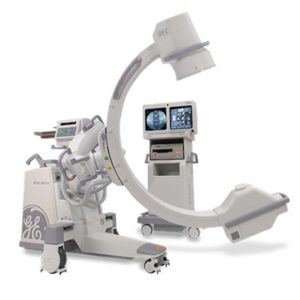 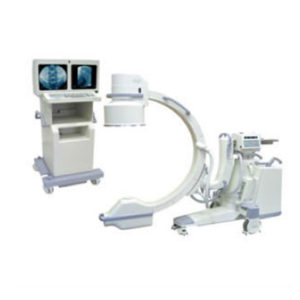 The GE OEC 9800 first launched in 1999, and the upgraded version, the GE OEC 9800 plus, introduced in 2002. It was finally discontinued in 2006 just before the GE C ARM manufacturing facility in Utah claimed the recall by FDA in 2006. There has been no successor of the GE OEC 9800 since 2006. The GE OEC 9900 and the GE OEC 9800 are quite similar in terms of specification and clinical utilities, so GE simplified its product line-up and decided to have the OEC 9900 series with an II (Image Intensifier) type C ARM and a CMOS flat panel detector type CARM. From this perspective, in 2017, GE cleared the 510(k) for their CMOS Flat Detector, now incorporated into the GE OEC Elite CFD as a premium grade C-ARM system. The GE OEC 9900 was upgraded with a 1k x 1k CCD camera and the traditional II type is still importantly positioned as a key C-ARM product in the GE C-ARM line-up. 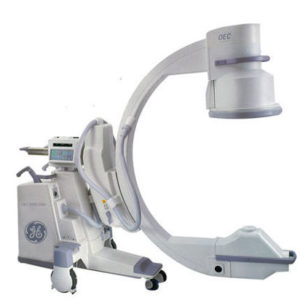 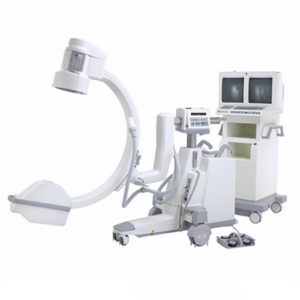 The GE OEC 9600 supports a wider range of clinical packages than some other GE C-arms due to its 4.0kW X-ray capacity. Key attributes of the GE OEC 9600 include its 9″ or 12″ image intensifiers, a 4.0kW rotating anode X-ray tube, a passive tube cooling system, a smaller focal spot, tube capacity up to 300,000HU, and a cooling rate of 60,000HU per minute. The GE OEC 9600 has similar functionality as the OEC 9800 (Plus), including a dual 16″ CRT monitor fixed on the workstation. Even though refurbished GE OEC 9600 C-arms can be around 20 years old, the user interface and imaging options make it a desirable system due to its cost-efficiency compared to new C-arms in the market.