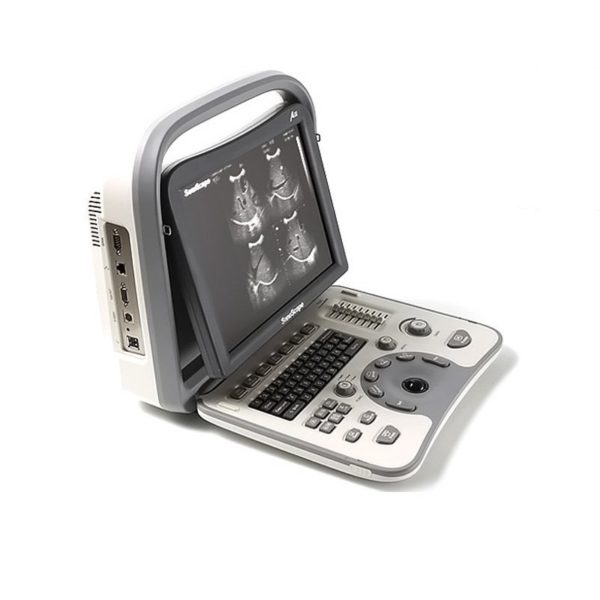 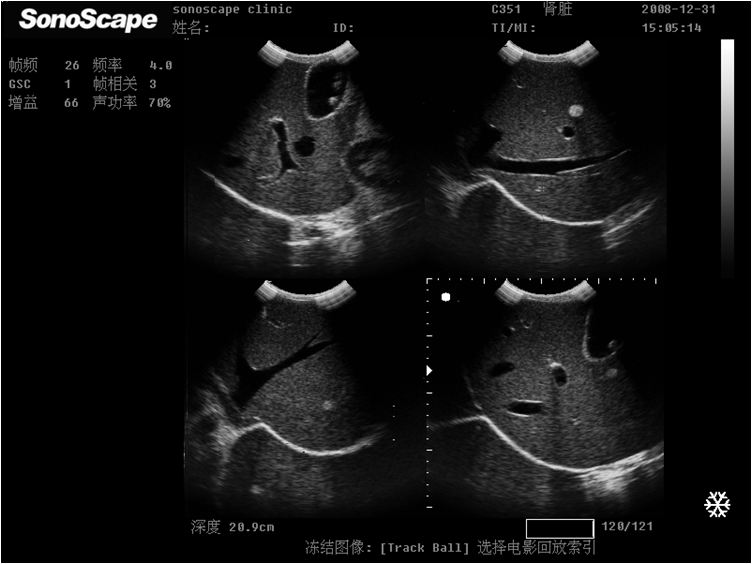 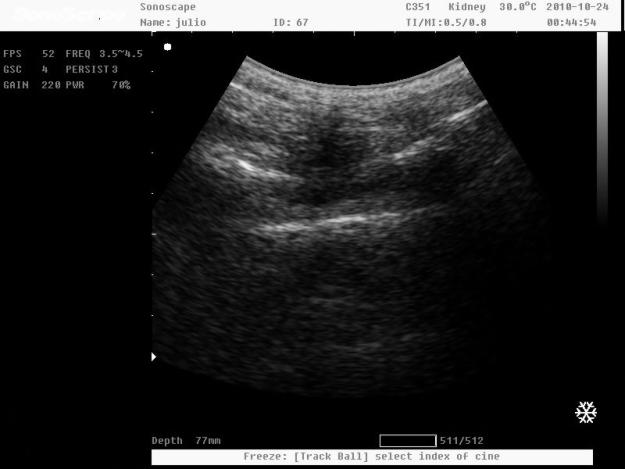 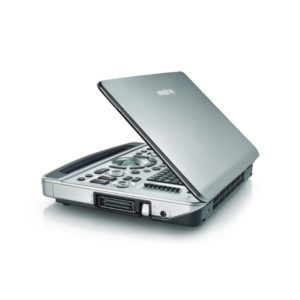 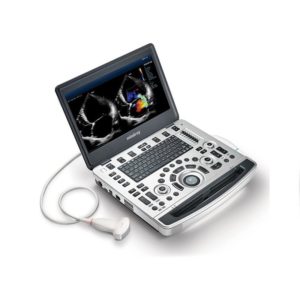 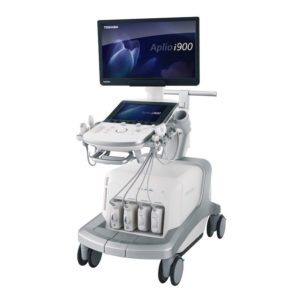 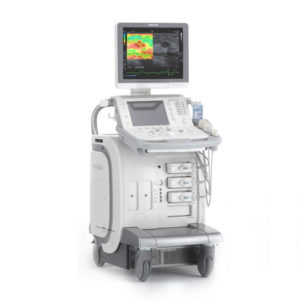 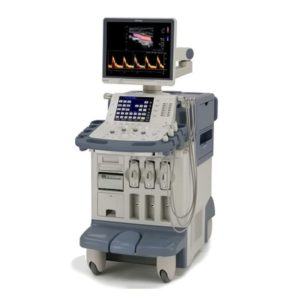 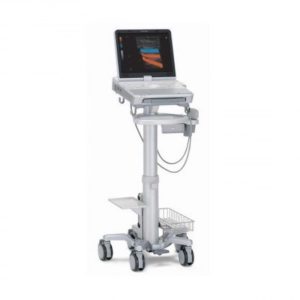 The Canon Viamo is a high-end portable ultrasound machine for shared service application. It has the same imaging hardware and transducers as the high-end Aplio series. This gives the Viamo excellent image quality. Its fully programmable touch screen provides customizable access to imaging, quantification, and workflow functions. 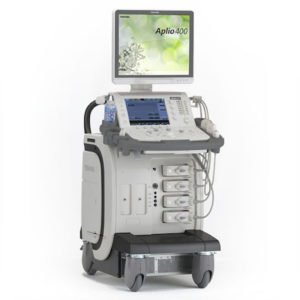 The Canon Aplio 400 is a high-end system that is based on the same platform as the Aplio 500, the top model in Canon’s flagship Aplio Platinum series before the Aplio I series launched in 2016. The Canon Aplio 400 is designed to support a full range of applications and can be used as a general-purpose system or a specialized system, depending on the installed software. The Canon Aplio 400 Platinum with Canon’s well-known extensive selection of transducers supports a wide range of clinical applications including fetal, abdominal, intra-operative (abdominal), pediatric, small organs, trans-vaginal, trans-rectal, neonatal cephalic, adult cephalic, cardiac (both adult and pediatric), peripheral vascular, transesophageal, and musculo-skeletal (both conventional and superficial).